Gas Up at SEAOIL And Win a LIFETIME of Free Gas! Yes! You read it right! a “LIFETIME’ of FREE GAS will be given away this year as SEAOIL, the leading independent fuel provider in the Philippines brings back their Lifetime Free Gas, Oh My Gas! promo.

“Following our success from the past two years of the lifetime free gas promo, we want to continue this giveaway to thank our loyal customers for their continued patronage of SEAOIL. The response has been overwhelming, and we are more than happy to return with it once again,” said SEAOIL CEO Glenn Yu. Now on its 3rd year, SEAOIL’s Lifetime Free Gas, Oh My Gas! will be giving away a lifetime supply of free gas to 4 lucky motorists starting this July 2019. Not just that, customers will also have a chance to win over 100,000 instant prizes through peel-off cards and a total of half a million worth of SEAOIL gift cards will be raffled off in monthly draws. During the launch, winners of last year’s Lifetime Free Gas, Oh My Gas! promo were present to share how SEAOIL’s lifetime free gas changed their lives for the better.

Michael Sulit of Caloocan City, a SEAOIL user since buying his own car, is the youngest winner at 24 years old and the “bunso” in the family. He uses his free fuel for field work and trips with family and friends and shares it with his siblings who have families of their own.

Ernie Linarez is a TNVS operator and driver from Rizal. His monthly fuel savings help pay for his car loan. He is a SEAOIL Believer for years, and his trust and support for the brand paid off when he was drawn as last year’s first winner.

Joel Dinque, an entrepreneur from North Cotabato is able to provide more for his family, thanks to his fuel savings. As an owner of an auto repair shop, he endorses SEAOIL to his customers because he is a firm believer of their products.

Jidy Detuya, a jeepney driver from Agusan del Norte, shares that it was one of his kids who convinced him to gas up at SEAOIL and try his luck at winning free gas. He was skeptical of SEAOIL’s fuels at first but now he endorses it to his relatives and fellow churchgoers.

1. Customer must gas up at least P500 worth of Extreme 97, Extreme 95, Extreme U, Extreme Diesel fuels and/or SEAOIL Lubricants at any SEAOIL station nationwide.

2. Double up your chances of winning when you register at www.lifetimefreegas.com.

The Lifetime Free Gas, Oh My Gas! promo runs from July 18 to October 18, 2019. Winners of this year’s promo will be determined via electronic monthly draws in August, September, and November, and a dropbox raffle draw in November.

August 9, 2018 by Cristelle Torres No Comments

Want a lifetime supply of gas? YES! YES! YES! OF COURSE! You know what? as SEAOIL celebrates its 4oth anniversary this year, they are now bringing back the SEAOIL Lifetime Free Gas! Oh My Gas! Promo which is now on it’s 2nd year. 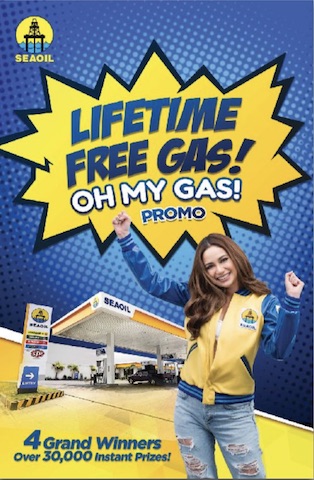 Aside from a lifetime supply of gas, SEAOIL customers can expect to win over 100,000 instant prizes through peel-off cards. Thirty (30) P10,000 worth of SEAOIL gift cards will also be raffled off in the monthly draws.

“Last year’s ‘Lifetime Free Gas’ promo was so successful, and was received so well that we decided to run it again this year. This is not just to thank our loyal customers, but also to celebrate the successes of SEAOIL over the past years,” said SEAOIL CEO Glenn Yu.

This year, the company also announced new brand influencers, true SEAOIL believers who bring credibility and recall to the brand. They are international car racer Marlon Stockinger, TV host and radio DJ Joyce Pring, and Atoy Llave, founder and owner of A-Toy Customs, the leading car customizer in the Philippines. 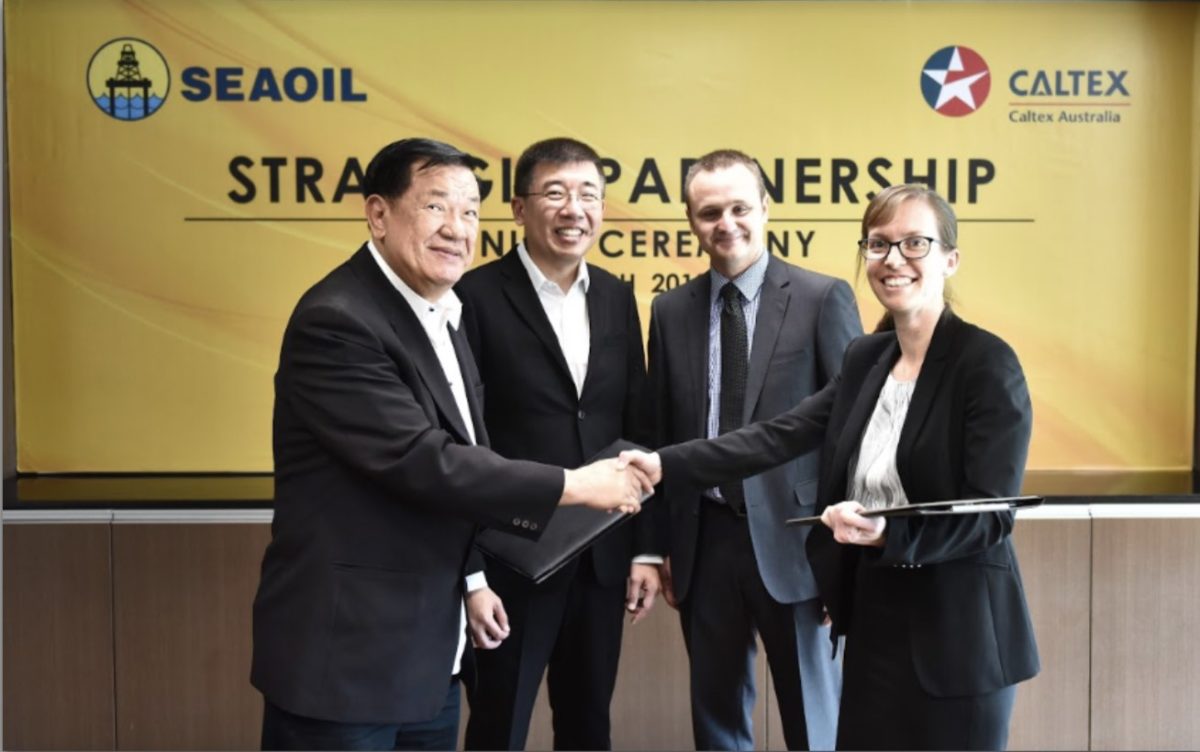 SEAOIL has also forged a strategic partnership with independent fuel company, Caltex Australia (CAL). The partnership will support the company’s plans for growth in the next five years. CAL is a 100% publicly-owned company in Australia and does not share any ownership with the local Caltex.

To qualify, a customer must gas up at least P500 worth of Extreme 97, Extreme 95, Extreme U, Extreme Diesel fuels and/or SEAOIL Lubricants at any SEAOIL station nationwide.

The Oh My Gas promo runs from August 18 to November 18, 2018. Winners of this year’s promo will be determined via three monthly draws:

Customers can also register at www.lifetimefreegas.com to double their chances of winning. Cool right? Gas up now at any SEAOIL gas station near you and who knows? you might be one of the lucky winners.