When we travel, we get to see beautiful things and learn new cultures and traditions. We meet other people as well and know their stories. Traveling opens our eyes to a newer perspective, making us appreciate life more and more. It releases our soul and gives us a different kind of excitement and inspire us on different things. 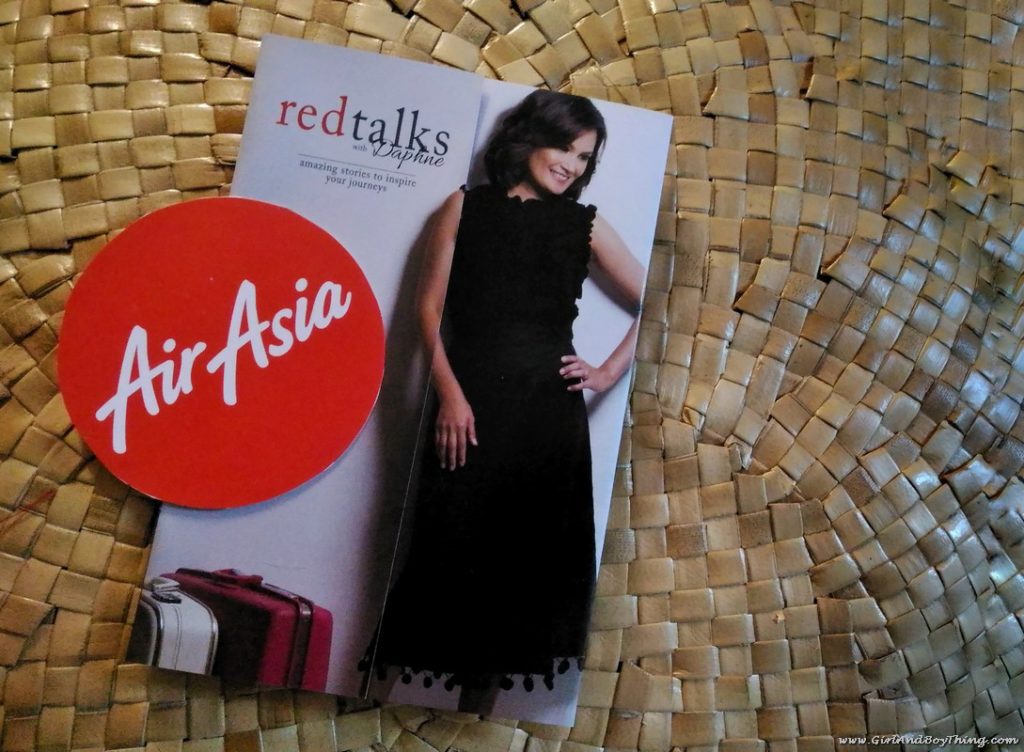 And speaking of traveling, cultures and tradition and stories of people, AirAsia, the world’s best low cost airline will bring you to some of Asia’s best locations through their 6-part web series entitled, Red Talks with Daphne.

Red Talks with Daphne, is hosted by award-winning TV host and producer, Daphne Osefia-Paez. She will take the viewers to different places and will talk about traveling, flying, helping and inspiring communities. 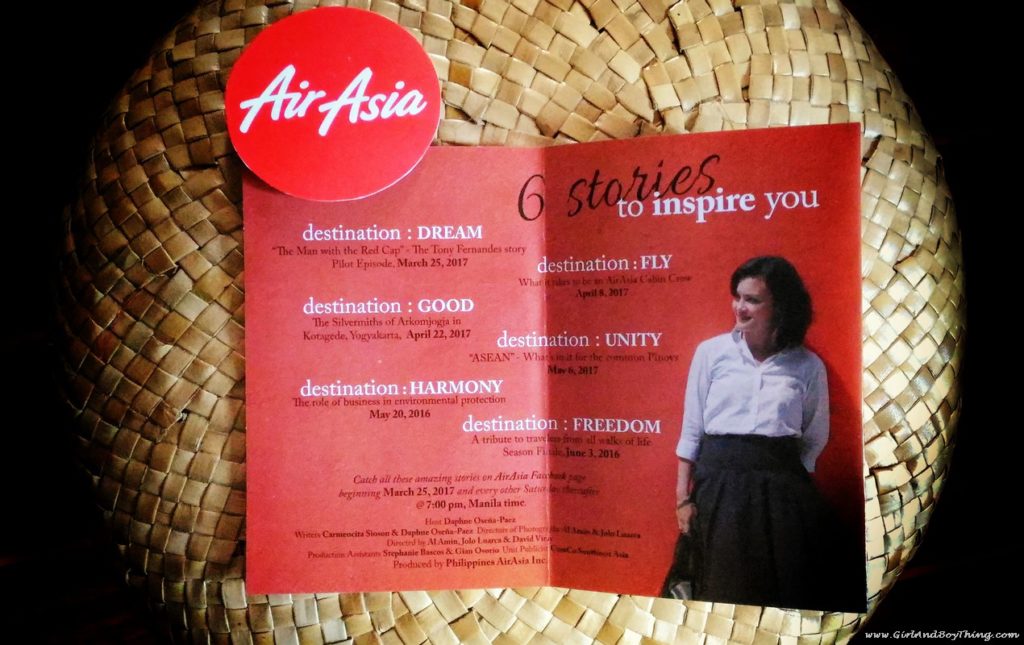 Just to give you an idea of what are in store for you when you watch AirAsia’s Red Talks with Daphne, read below:

Destination: Dream (The Man with the Red Cap). It takes viewers to AirAsia’s massive headquarters in Kuala Lumpur where Daphne and AirAsia Group CEO Tony Fernandes talk about the airline’s humble beginning and the exciting times for air travelers in the future.

Destination: Fly is an inside look on what it takes to be an AirAsia cabin crew and how their journeys and training earned them the distinct recognition of being world-class in a highly demanding job and environment.

Destination: Good (The Silversmiths of Arkomjogja), meanwhile, tells the story of architects and silversmiths in Jogjakarta, Indonesia. This third episode highlights the work of the AirAsia Foundation in keeping these ancient traditions alive.

Destination: Unity. It talks about ASEAN as a single market destination and how AirAsia is making it more convenient, more affordable, more fun and more exciting to travel around thousands of islands and the challenges of connecting people, places, and empowering communities.

Destination: Harmony (The role of Business in environmental protection) goes to Palawan. In this fifth episode, Daphne talks about pearl production and delves into theongoing campaign to protect Palawan’s marine biodiversity through responsible eco-tourism.

Destination: Freedom (A tribute to travelers from all walks of life), brings viewers to Shanghai, China in a story of adventure, thrill, and excitement.

“AirAsia was established with a dream of making flying affordable and accessible to all and this success story has inspired so many people and communities across the region. The Red Talks team led by Daphne traveled far and beyond to search for places and meet people who share the same dream and story,” said Philippines AirAsia Brand Manager David Viray.

Watch Red Talks with Daphne as it premieres this coming March 25, 2017 on AirAsia Philippines’ Facebook page at www.Facebook.com/airasiaph.

Liza Soberano As The Face Of Nails.Glow Nail & Body Spa 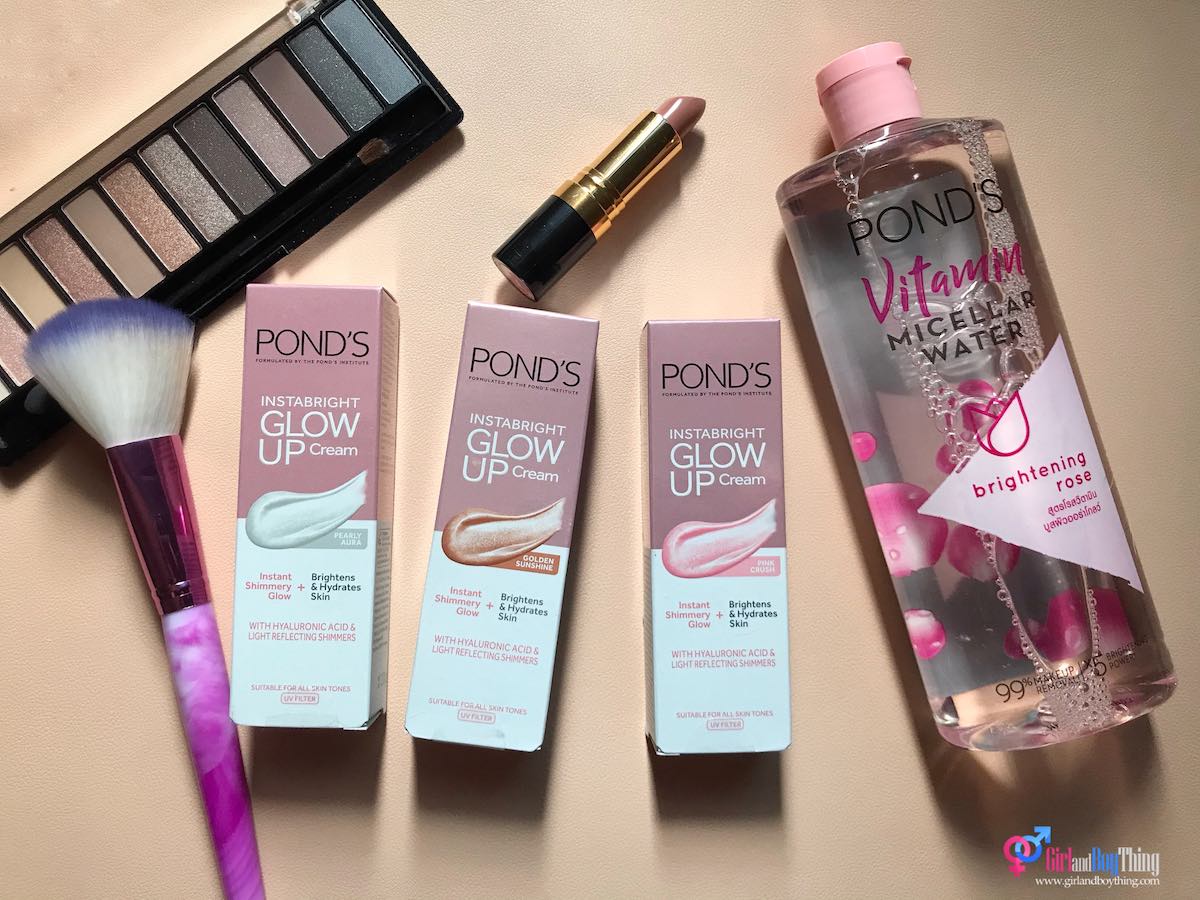 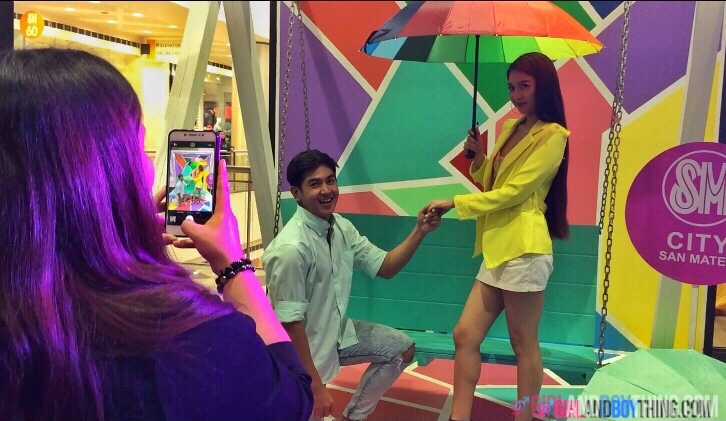 Take Your Insta-Worthy Photos at the ColorGram Pop-up exhibit