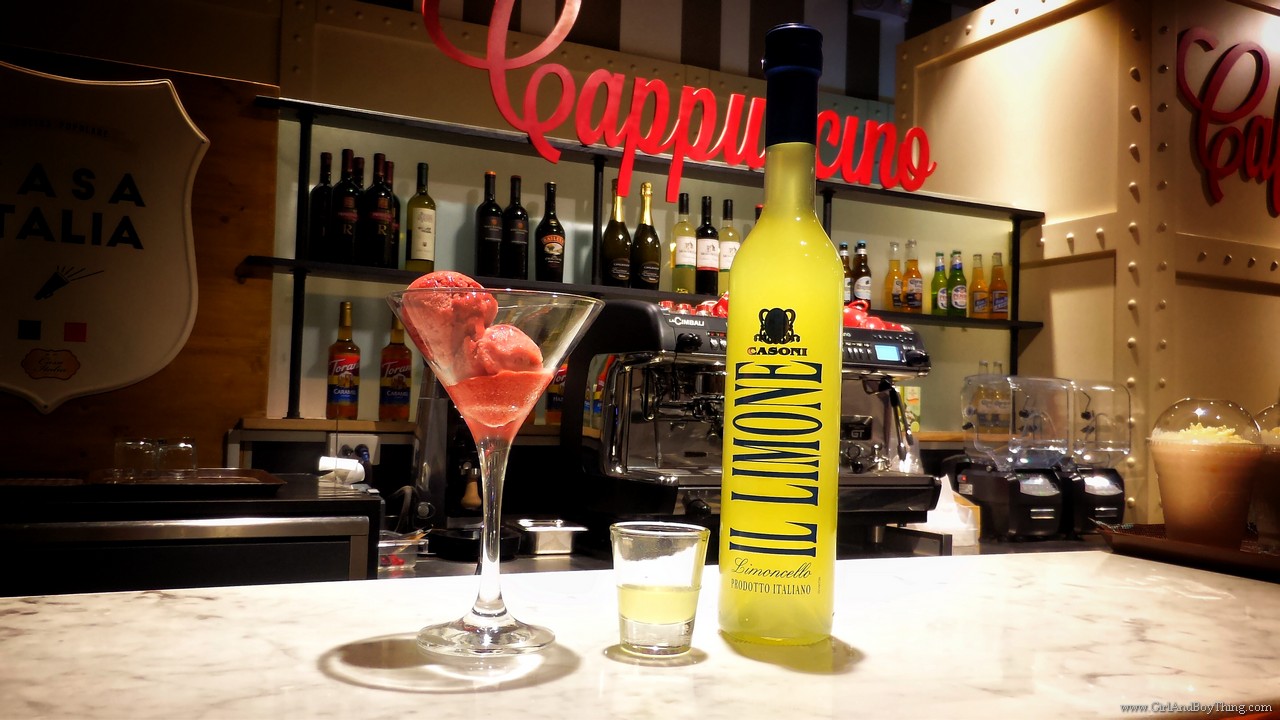 It’s nice to know that there’s another food spot in town that just opened lately for me to try. Casa Italia Cafe is one of the few establishments that opened its doors to the public at the newly-rennovated Lower ground floor of SM North The Block in Quezon City. 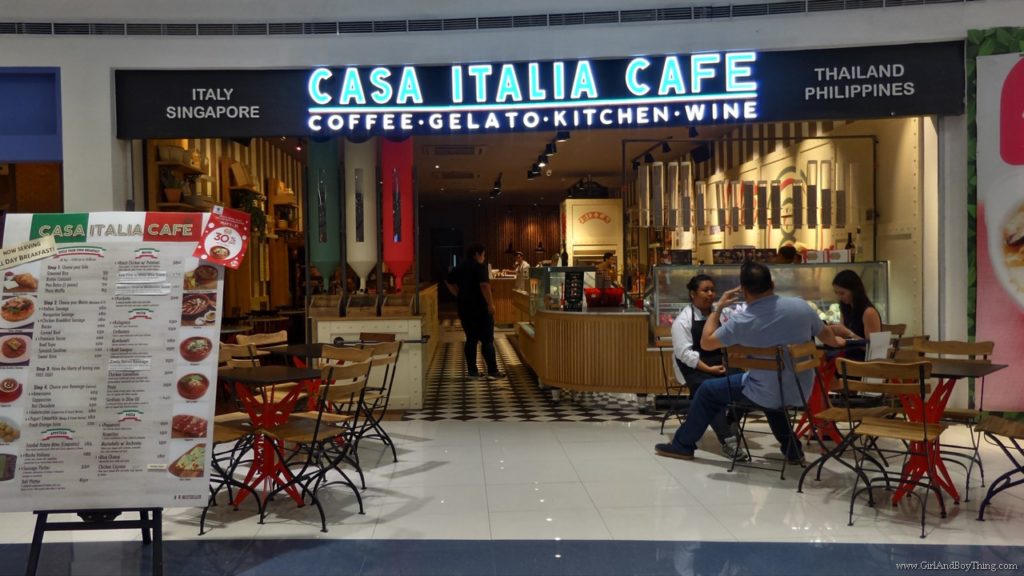 You will never have a hard time finding Casa Italia Cafe. Just as you enter the lower ground entrance(entrance near BDO), just look to your right and you will see it already. 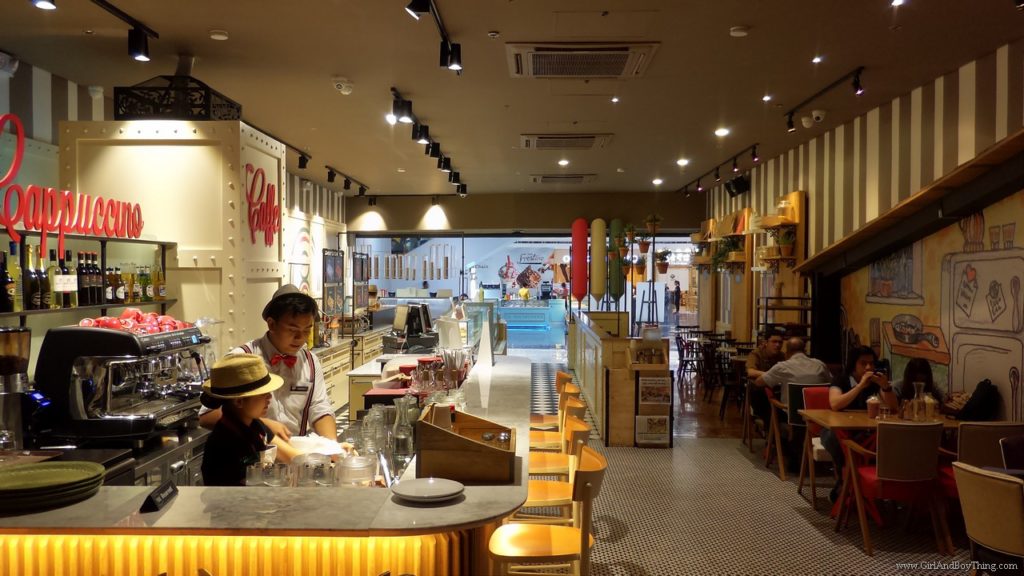 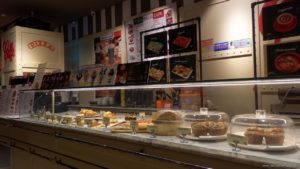 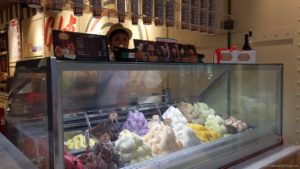 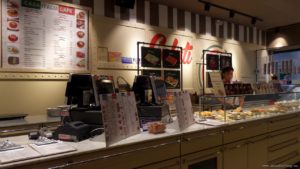 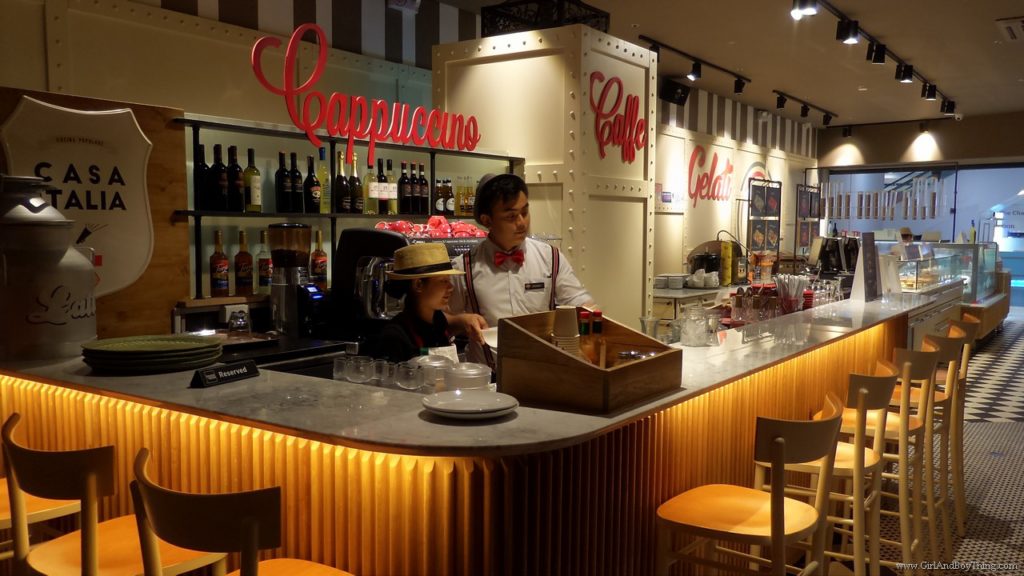 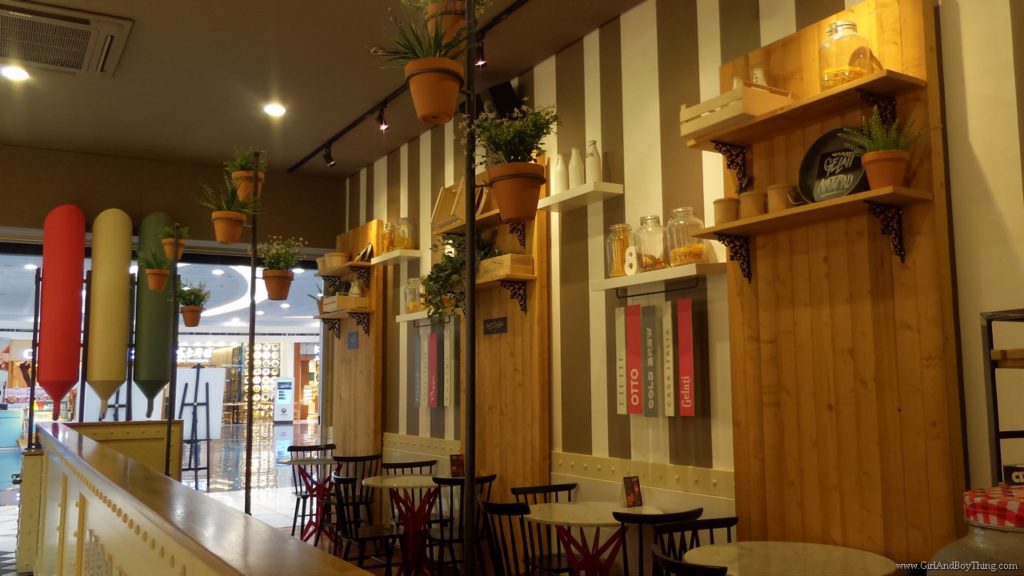 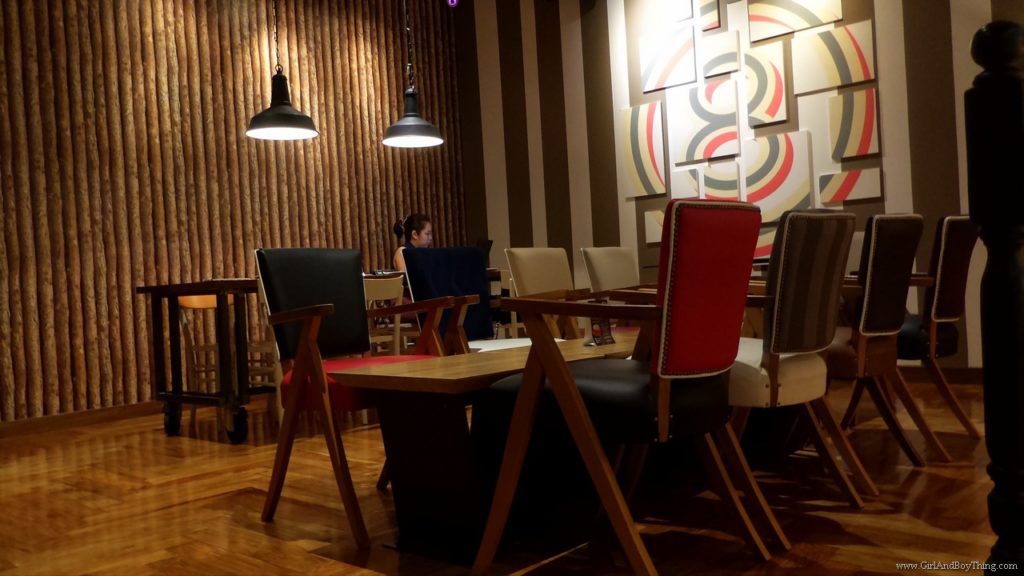 Lovin’ the inetriors and the ambiance of this place. Actually if you will look from the outside you would never think that the place is really pretty. Casa Italia Cafe would be a very nice hang out place that will give you the mood of staying in a traditional italian homes which is the cafe’s look inspiration.

So let me show you some of what Casa Italia Cafe’s have in their menu which I tasted(non-liquor only). 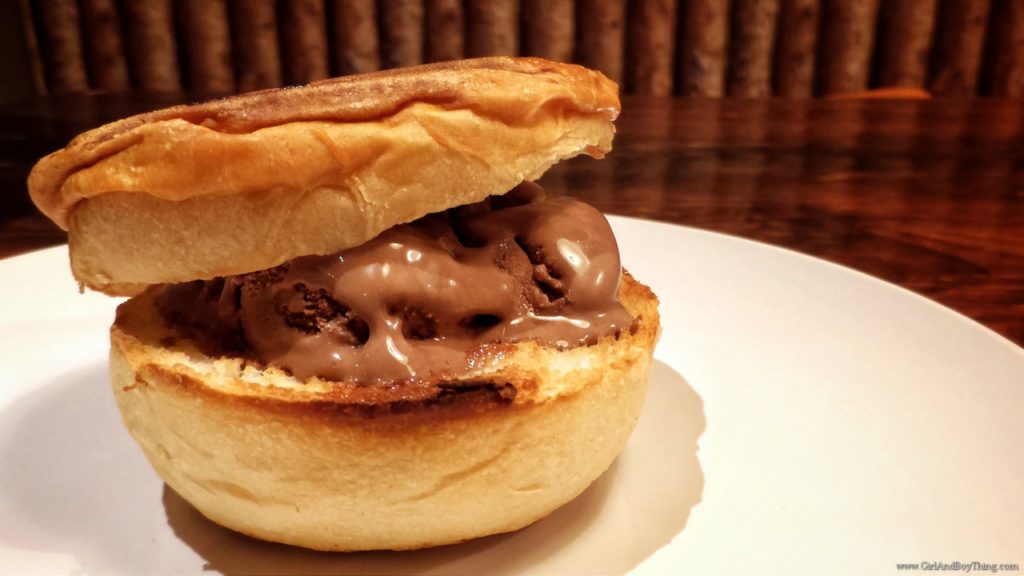 This is said to be Casa Italia Cafe’s hottest new way to enjoy their gelato. If you are fond of eating icecream sandwich then you will definitely love this. Surprisingly, the nutella gelato is not the sweet which is perfect for me. It’s not the “nakaka-umay” sweetness. The bread is really tasty, full and not spongy.

FYI, there’s also another variant of Gelatonini which is the Ham & Cheese Gelatonini which is composed of the cafe’s bestselling Formaggi gelato(cream cheese and cheddar cheese flovors) paired with smoked ham sandwiched in between grilled buns of pandolce or Italian sweet bread. 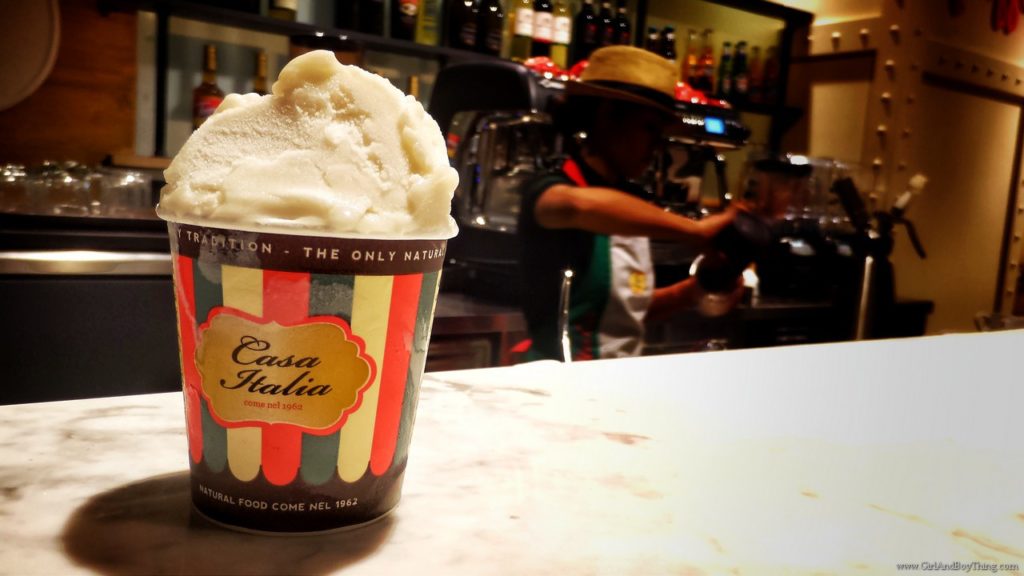 Casa Italia Cafe Gelato masters really did an amzing job with this. The flavor is so rich as if you are eating the fruit. That’s how flavorful their Guyabano Gelato is. By the way, Casa Italia Cafe gelatos uses natural and fresh materials and absolutely free from artificial flavors, chemicals, colorants and preservatives.

If you want to put a little twist to your Gelato, Casa Italia Cafe also offers Gelato infused with liquor under their Liquoratto menu. Too bad that I’m allergic to liquor, I can’t taste it or I will soar like a roasted pig in minutes. haha. 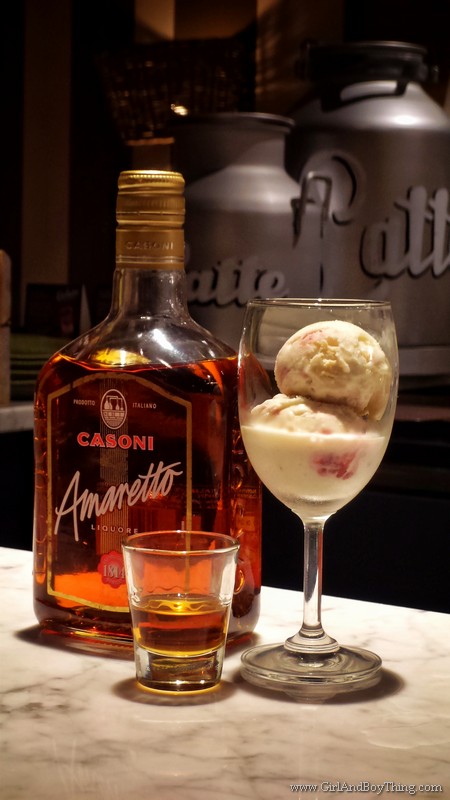 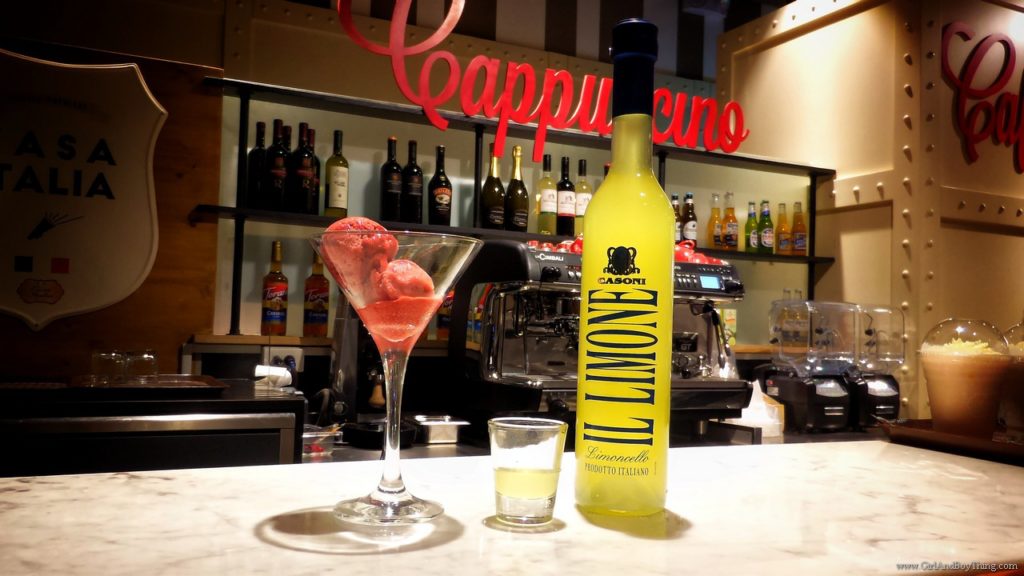 You can also choose from other variants like Caffe Coretto, Tropical Bliss, Swiss Baileys, and Pink Sensation. 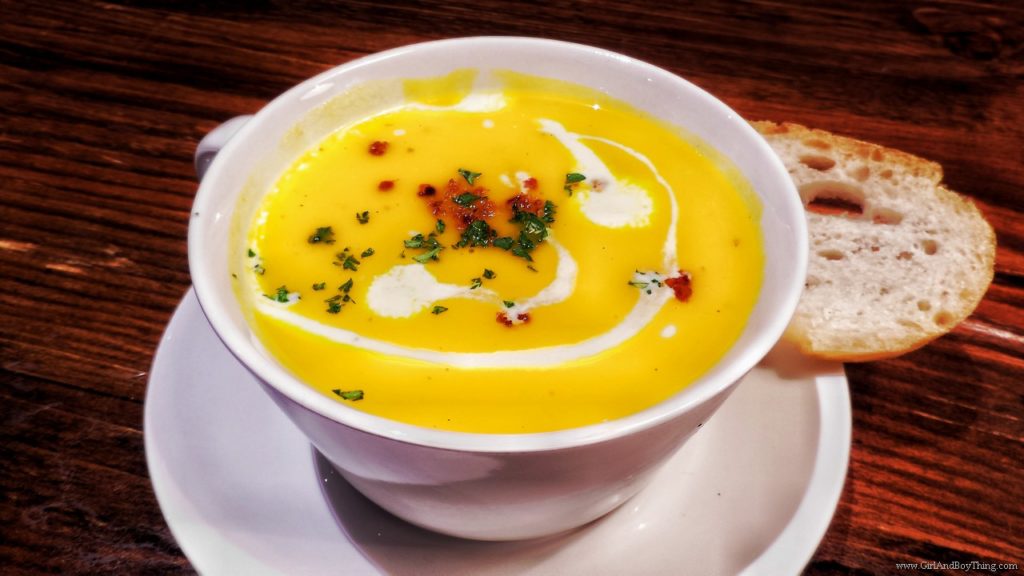 To warm up your tummy, Casa Italia Cafe  serves soups like this Pumpkin Soup(P150.00). This creamy pumkin soup really made my day. the mixture of flavors really seeps into every corner of my palate. With this dish alone, I’m satisfied. 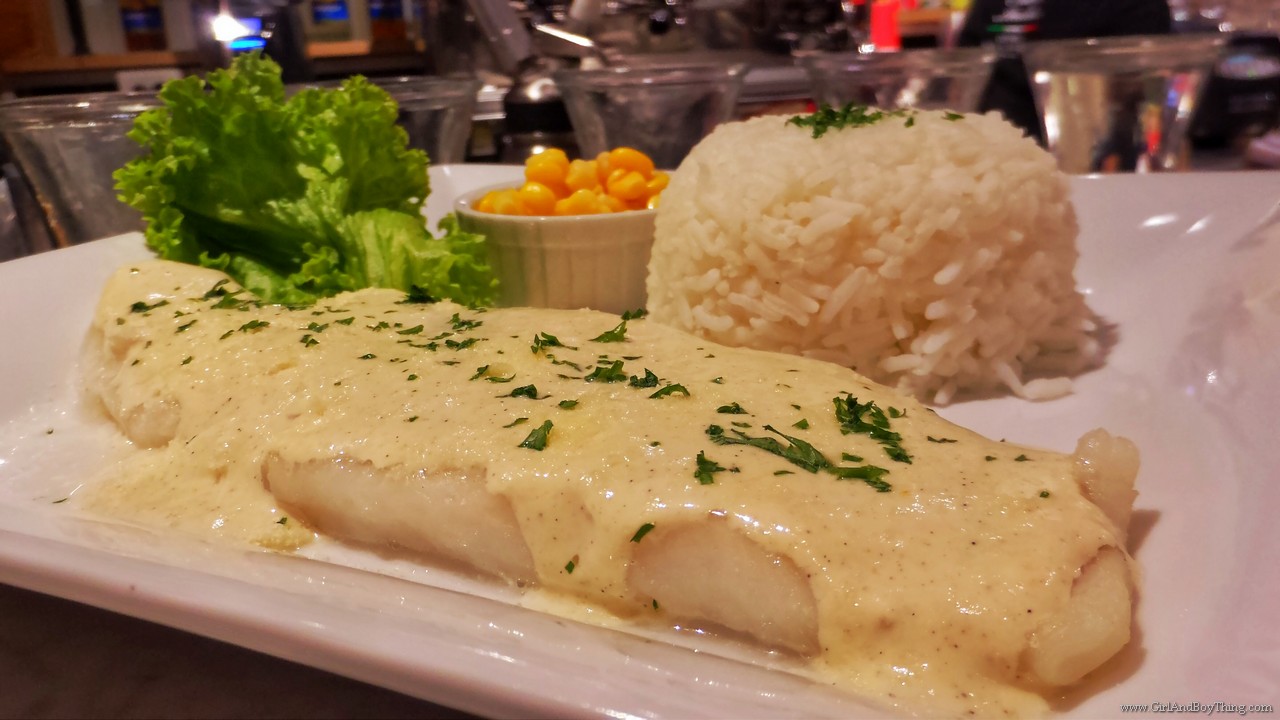 Sole Fillet wih Lemon Pepper Cream Sauce(P490.00) I would be honest, This dish is my least favorite, since the fish is quite bland in taste. And the Lemon Pepper Cream sauce placed on top did not enhanced the fish’s flavor as well. It’s also a bit pricey, but this dish can satisfy a rumbling tummy since it’s quite big. And if you are not into meat, then this is a suitable choice for you. 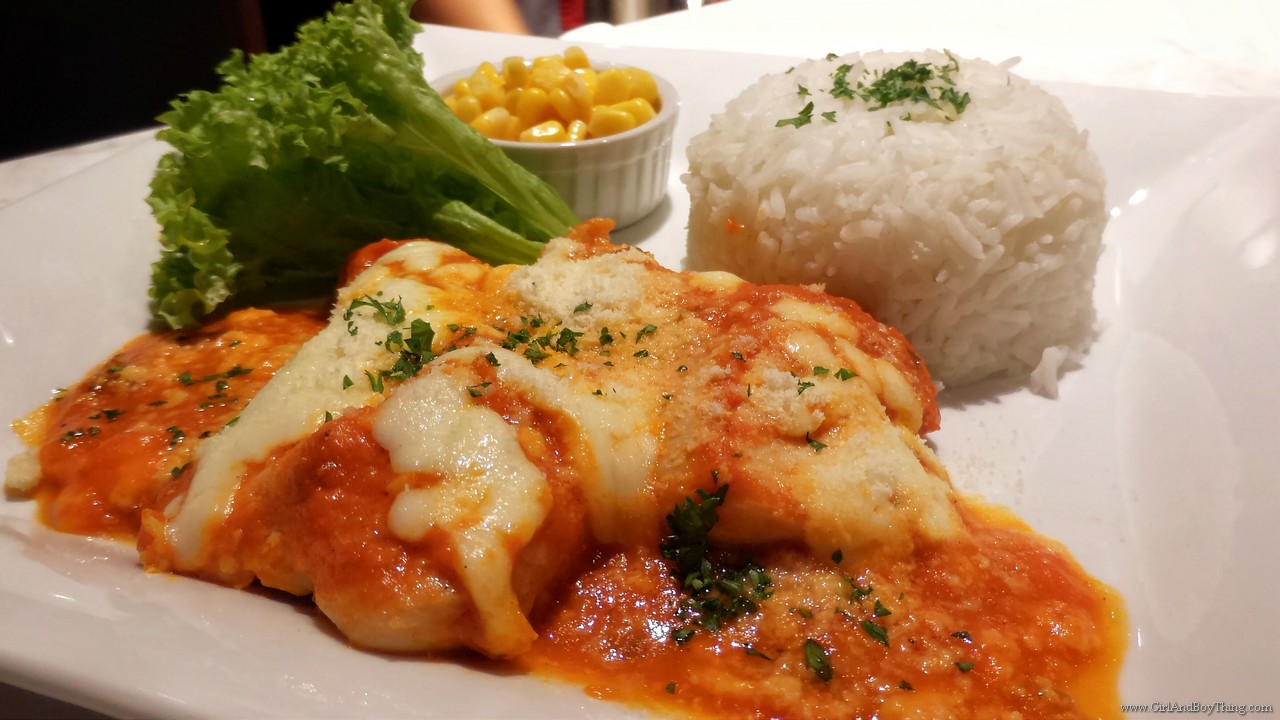 I’m up for a praise for this dish. I love how the taste of the chicken , tomato-based sauce and the cheese on top blnds well in every bite. A must try! 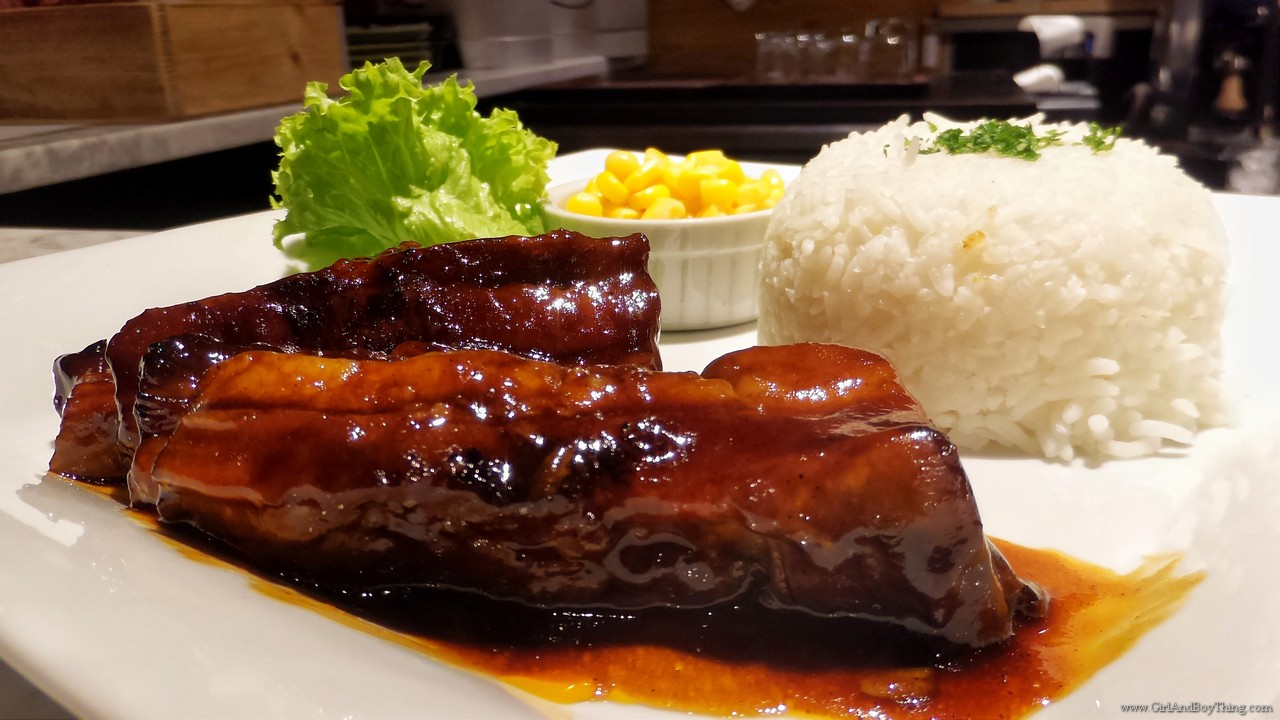 I would give my double thumb’s up for this dish. I could order for one more rund of rice. hahaha!. The pork is well cooked that you don’t need a knife  to cut it. It is well marinated too. This dish is superb! 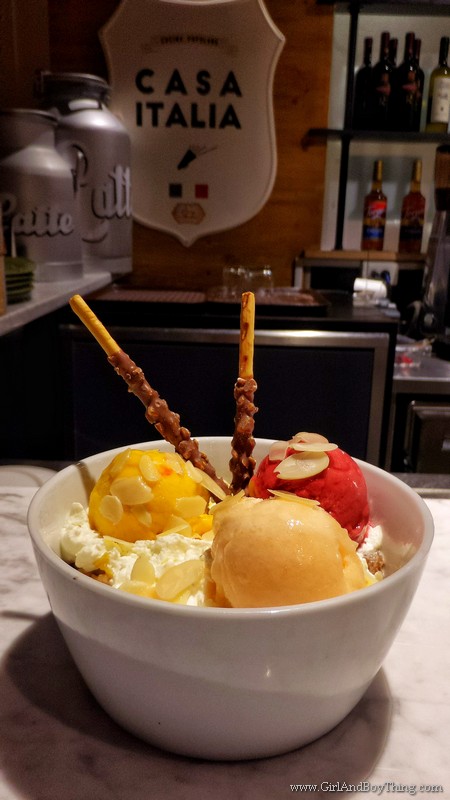 For another round of dessert, Casa Italia Cafe served us Sunny Day Dream(P650.00) and the other one is Midnight Surprise(P450) 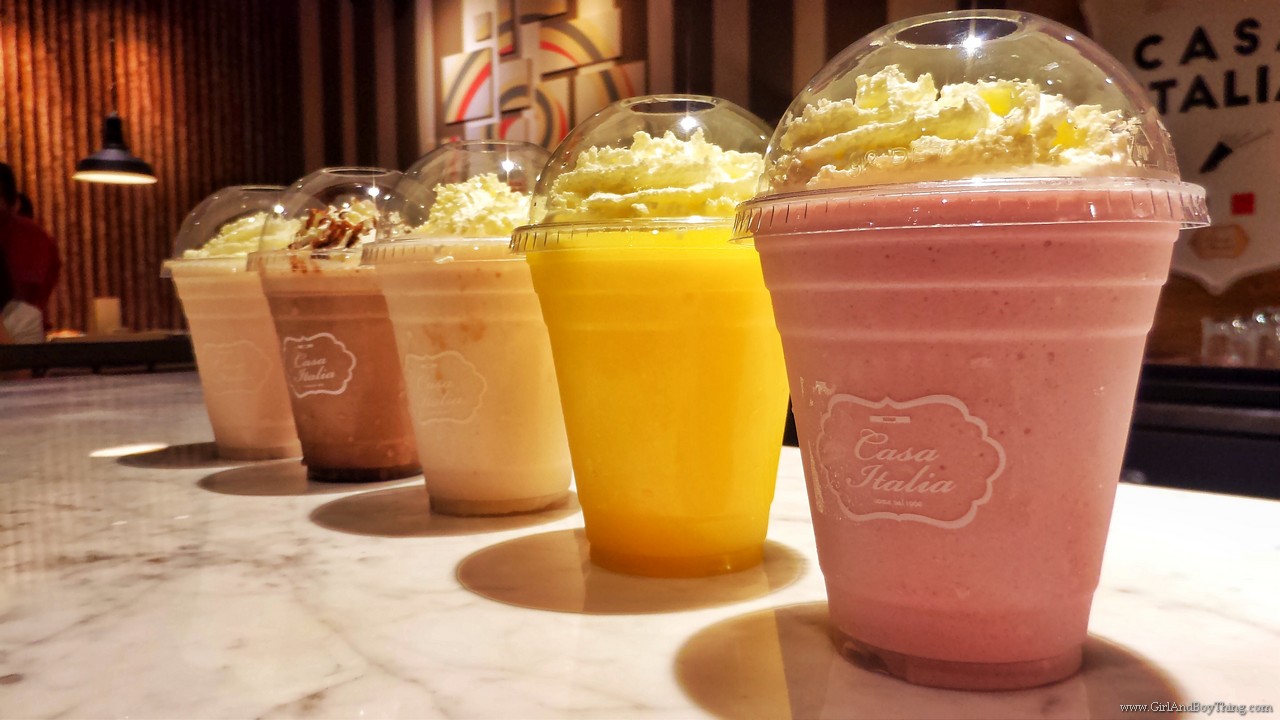 If you would ask me if I would want to come back at  Casa Italia Cafe? Yes definitely. I still have more to try. But considering the price range, I still have to save up a few bucks(that’s if I will dine there with a company) to order several meals .  It’s quite expensive which I believe serves the middle B, upper B and above class market.

Drop by Casa Italia Cafe in SM North The Block and satisfy your indulgence for Gelato and other good food. Try it now. 🙂 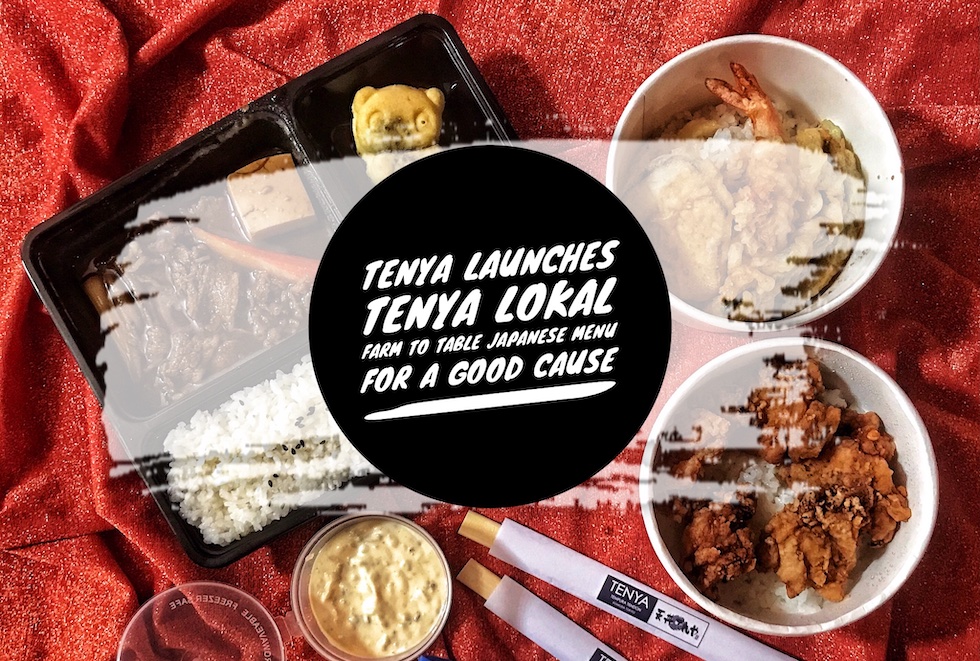 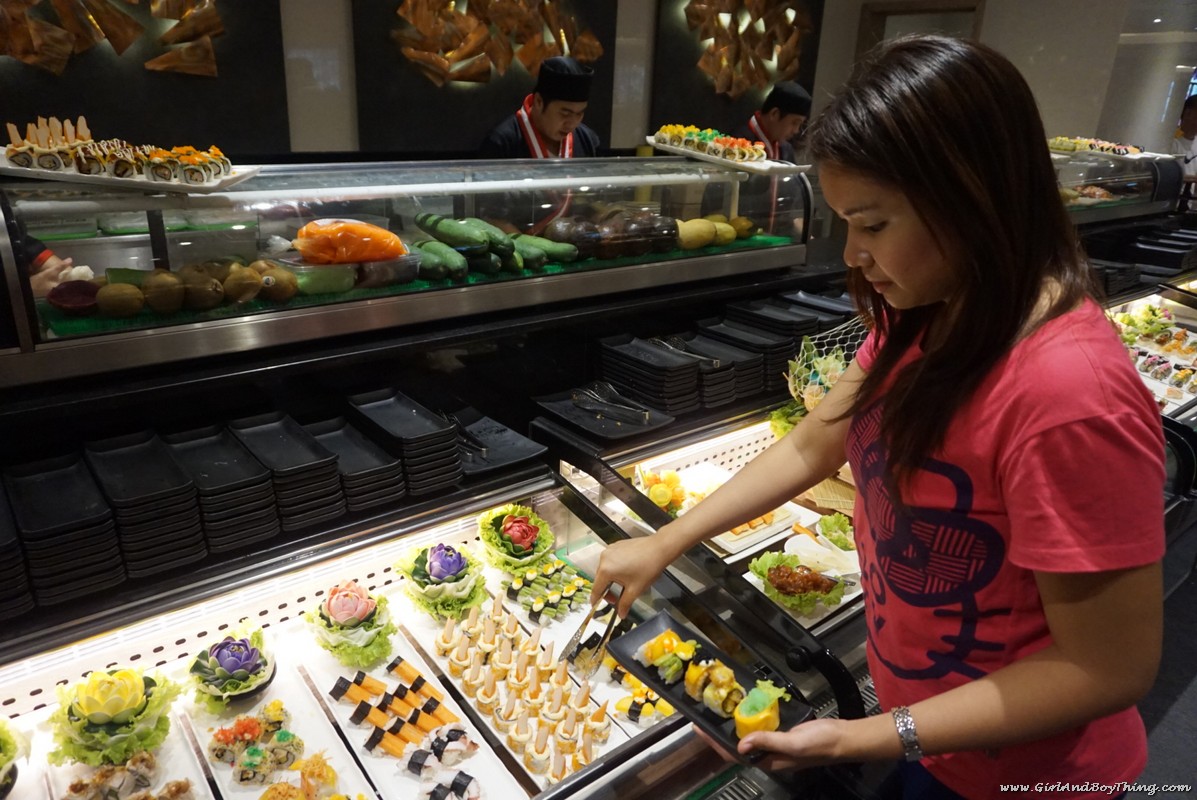 « Previous post
A Must Try! YABU Katsu Pairs and Mixed Sets
Next post »
Chillin’ At The Roof deck Bar by Meranti